Game provider Thunderkick that operates under a Maltese license has put another spooky adventure on the internet with the Baron Bloodmore and the Crimson Castle video slot. Baron Bloodmore and the Crimson Castle is a video slot with 5×3 grid and 25 paylines. The release date of this game is May 19, 2021. In this NOGP review we tell you more about the ins and outs of this Thunderkick video slot.

The game features a theoretical return for the players of 96.07 percent. Actual RTP may be lower. On the 5×3 grid you can score a maximum profit of x25,000 times your bet.

The minimum bet per spin has been set by Thunderkick at £/$/€0.10 cents, the maximum amount you can play for is £/$/€100 per spin. Thanks to high volatility, finding one of the 25 paylines is not difficult. However, you do not score the higher winnings in the basic game, but in the bonus games. 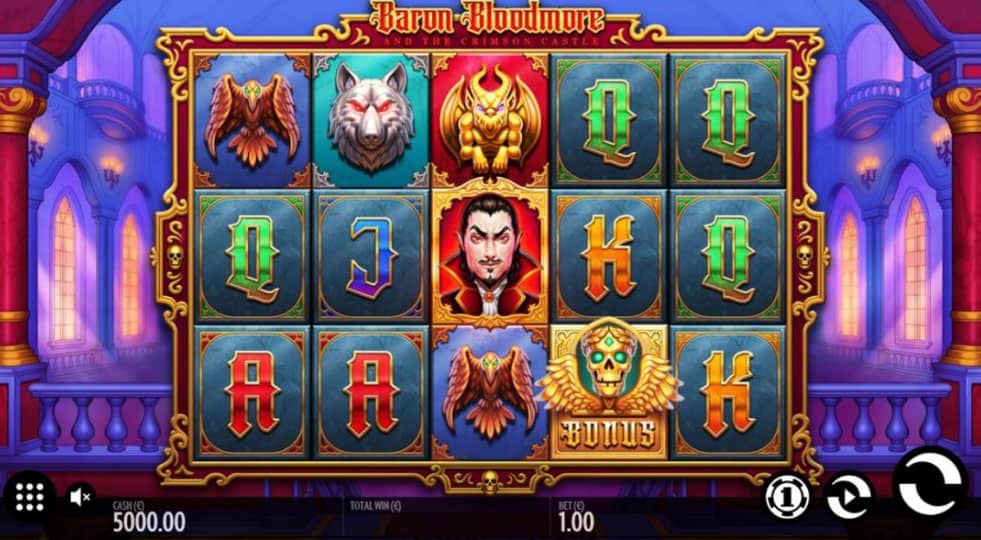 Baron Bloodmore and the Crimson Castle Slot: How Does It Work?

To get maximum winnings in Baron Bloodmore and the Crimson Castle you need to score a bonus game. In this vampire-themed game, a lot of blood is spilled to dig up treasures in the well-secured Crimson castle.

Thunderkick has gone all-in with the development of this game, because all the gadgets that the game provider has in house have been incorporated into this video slot. A fast game that excels in versatility and variety.

Play Baron Bloodmore at Casiqo Casino and get 10% cashback for life! 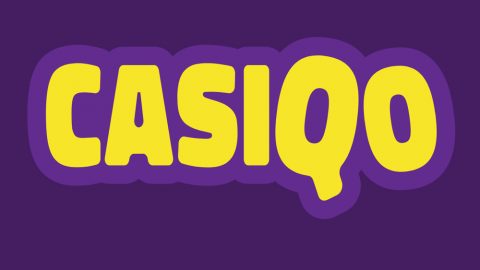 Up to weekly €1500 cashback
Casiqo Casino: weekly 10% cashback up to €1500
Cashback
When you come from the Netherlands, Finland or Germany, you do not need to register at Casiqo Casino. The so-called Pay N Play Casino allows you to deposit and play money immediately. You can read exactly how this works here. In addition, you can enjoy a cashback of 10% for life at Casiqo. This cashback is paid out weekly and is based on a weekly net loss. If you lose € 1500, you will get € 150 back. So play at Casiqo Casino today!

The symbols Baron Bloodmore, demon (Gargoyle), wolf and bird of prey, together with the playing cards (king, queen, jack and ace) are among the lower symbols of this Thunderkick game.

The female vampire symbols (the three sisters) represent the wild symbol. And with that you get access to the bigger winnings in this video slot. Because the versatile, beautiful features is the place to be. There you can score high winnings by collecting paylines or earning free spins in the bonus games.

The features in this game consist of the standard Wild symbol, the Massive Mystery symbol, a bonus game with free spins (skull along with the word bonus) and a Crimson Cash Bonus game with a collect function, a spawn feature and a copy feature.

A screenshot where the free spins feature is activated with a Massive Mystery symbol. 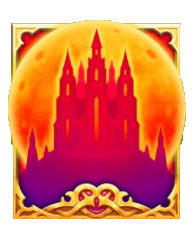 The cash scatter symbol with which the Crimson Cash Bonus can be started.

When the Crimson Cash Bonus game is triggered, the Cash Scatter symbolizes that. The bonus game continues until the cash bonus game has taken place or is ended by the Pattern Collect feature.

When the Crimson Cash Bonus game is activated, the normal reels are replaced with special reels that only contain symbols with bet multipliers (starting with a value between 1x and 50x bet), Cash Bonus game feature symbols and empty spaces. 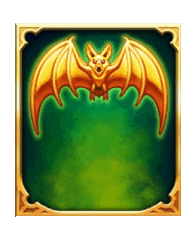 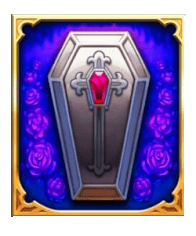 In the Crimson Cash Bonus game, the Copy symbol (which has no bet multiplier) can appear randomly, copying the values of all other symbols on the reels to itself. A maximum of one copy symbol may land on the reels during any spin. When the copy symbol lands on the same spin as a spawn symbol, it will be triggered after the spawn symbol is triggered.

NOGP rates this game as good to very good. The extensive features and bonus games make Baron Bloodmore and the Crimson Castle a very complete video slot. Thunderkick hits the bullseye as far as we are concerned. With spooky horror graphics, music to match and terrifying prize options, this game is an absolute must for true iGaming fans. We give this 4.5 out of a maximum of 5 stars!

What is the Crimson Castle Symbol?

The Crimson Castle symbol is the icon that activates the bonus game when you spin three or more of these symbols in one spin with at least one on three different reels.

How much can I win at most?

The maximum profit is here at x25,000 times your basic bet. This can only be earned in the Crimson Cash Bonus Game.

Is there a progressive jackpot?

This game is not linked to a progressive jackpot. A conscious choice of Thunderkick that thanks to this choice can pay out higher winnings on this slot machine.

If you want to play the game, I recommend that you do so at one of our accredited Thunderkick casinos. These have all been checked and approved by NOGP so that you can play safely. Below you can see my personal top 3, but if you scroll a little further you will see the current top 3 of NOGP where you can play Baron Bloodmore and the Crimson Castle. On the right side of this review, you can play the demo version for free.

Baron Bloodmore and the Crimson Castle 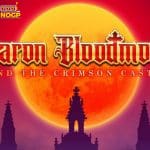 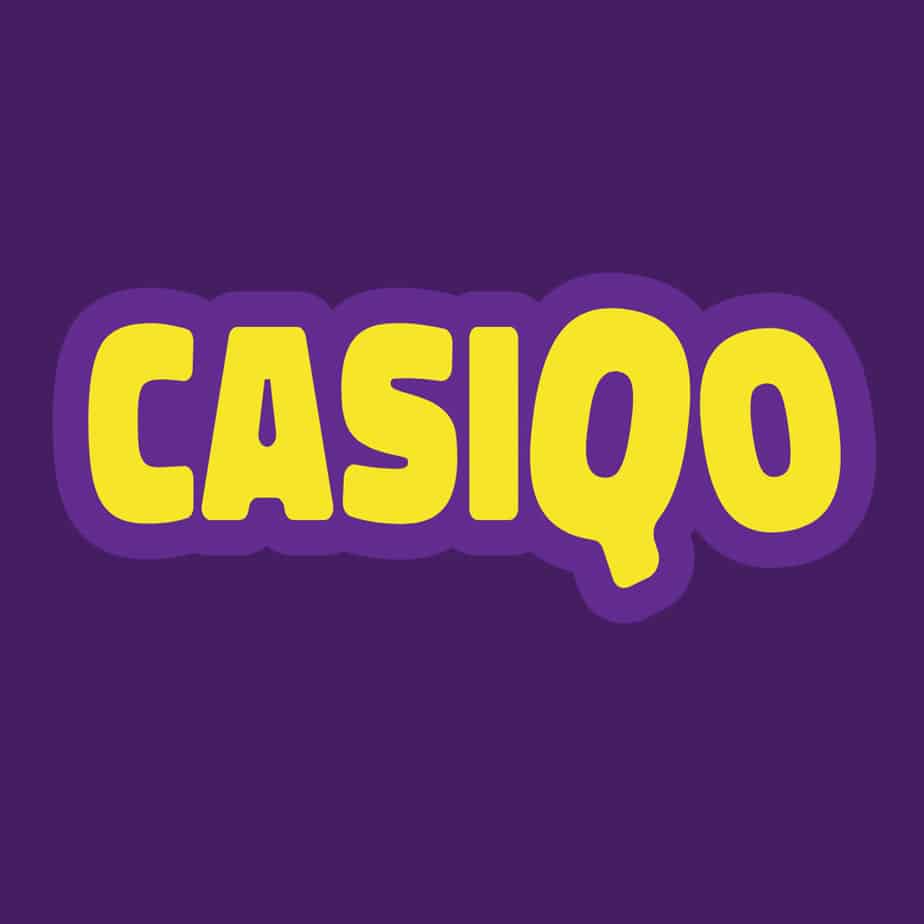