If you are a fan of cuddly aliens that seem like something out of a toddler’s nightmare, know that Play’n GO sequel to their 2017 sensation will hit online casinos come the 1st of October 2020. Reactoonz 2 is bringing back the colorful antics of this band of intergalactic misfits, as you generate energy for big wins. The original cast of characters is back, with eyes that number one to three.

How does the Reactoonz 2 slot work?

Reactoonz 2 is a video slot that utilizes a seven-reel and seven-row grid, with cluster mechanics. You land a win by hitting a combination consisting of a cluster of five identical symbols, horizontally or vertically. Once this transpires, these symbols vanish, and new ones fill up the grid. These cascades happen until there is no more potential for wins. 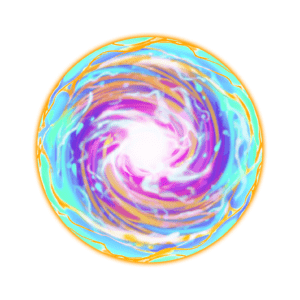 You can find the Fluctometer in your top right. It randomly selects a one-eyed symbol to fluctuate on each spin. if the fluctuating symbols win, an Electric Wild will appear in one of the free positions in the grid. When the fluctuating symbol vacates the grid or a Wild destroys it, both actions charge the Fluctometer.  Once it is full, it will randomly reward you with between one and three Electric Wilds, which it will put on the grid. Electric Wilds substitute all pay symbols, and they zap Reactoonz.

If you reach the third level, you set the 3×3 Gargantoon Wild free, and you will no longer be able to recharge the Quantumeter. Level four counts as the overcharged state, and it adds an x2 multiplier to all wins, including Gargantoon Wilds.

The feature triggers when there are two or more Electric Wilds in view after all wins get counted. Two of these get randomly selected, those vertically and horizontally adjacent receive preference. A pair of adjacent Wilds removes all other symbols, except for Wilds, while non-adjacent pairs remove two-eyed and one-eyed symbols between the pair of Wilds. Those removed charge the Quantumeter.

Symbols and symbol value of the Reactoonz 2 video slot.

The Uncharged Wild is the least desirable, as it can appear on a cascade but does not take part in any wins. However, it can receive charges from adjacent winning clusters or Wild Pair Explosions. When this happens, it becomes an Electric Wild. The values below are based on a stake of £/$/€5 per spin.

Some players may run into difficulty grasping how to play this slot. It is best to first test the game out in the demo version to understand how it all works. That said, fans of the original will likely be excited about this follow-up. The max exposure is , Play’n GO updated Reactoonz 2 on 4-9-2020 The max exposure is now 5,083x. Yet, with its compelling gameplay, and amusing characters, you may not be able to stop spinning once you get going. Thus, Reactoonz 2 receives a NOGP Rating of 4 out of 5 stars.

Where can I play the game?

Once released, you can play it at any of our licensed Play’n GO casinos.

Can I win a jackpot?

No. Reactoonz features no Jackpot win.

What is the maximum win?

If you want to play Reactoonz 2, you can do so at all our accredited and licensed Play’n GO Casinos. Below I have placed a top 10 with online casinos where you can play the game. You can also choose to choose one of my favorite casinos. These are Casino Planet, Neon Vegas, Nitro Casino, Boom Casino, Casoola Casino or GoSlotty. You can find the bonuses you receive in our reviews.