How does the Quelzalcoatl’s Trail slot work?

All slots of the Beat the Beast series are alike and that is also the case with the penultimate slot in the series. It is again played on five reels, three rows and nine paylines. If you want to attempt to defeat the last Pterosaur, you can do so on any device from £/$/€0.10 to £/$/€100 per spin and an RTP of 96.16%. You have a profit with two high matching or three lower matching symbols on a payline. Like all previous Beat the Beast slots, Quetzalcoatl’s Trail also has an Emblem symbol. This symbol works for both Scatter and Wild symbol. Finally, there is also a 5-level Free spins feature that I will explain in more detail below. 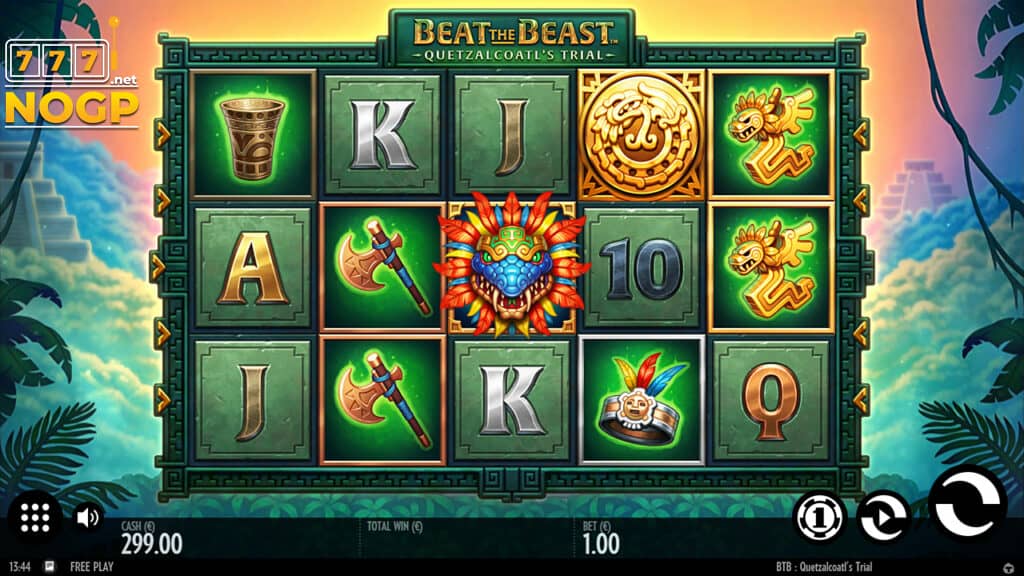 A screenshot of Beat the Beast: Quetzalcoatl’s Trail slot.

Quetzalcoatl’s Trail Free Spins feature has 5 levels. The player must collect Wild symbols to level up. Every time the meter is full, the player receives 2 extra free spins.

Once the meter is filled with 5 Orbs, the corresponding symbol will transform to the next high symbol for the remaining free spins. When level 5 is reached, all symbols will transform into the highest symbol: the Quetzalcoatl symbol. 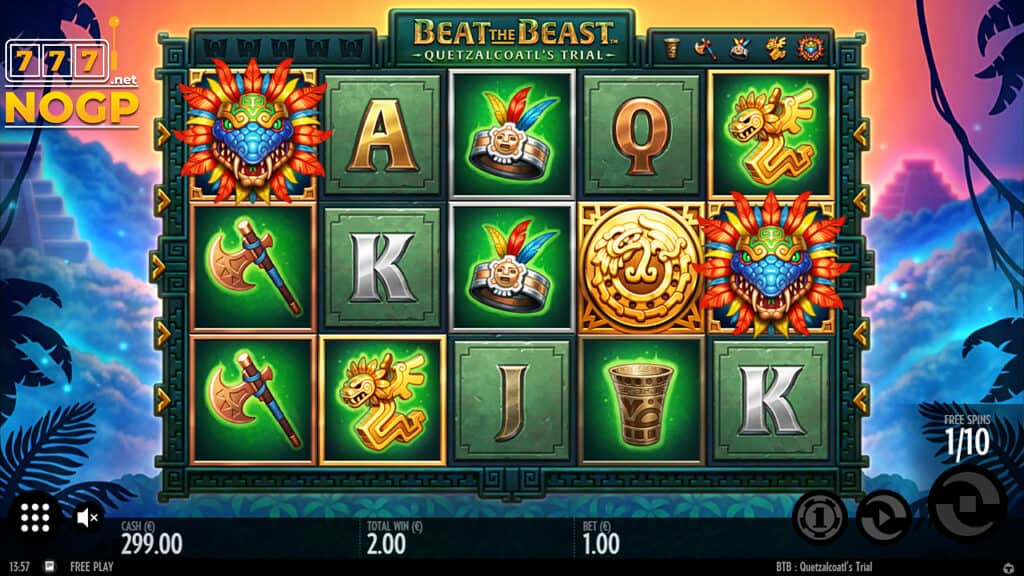 A screenshot of the free spins feature.

Symbols and symbol value of the BtB: Quetzalcoatl’s Trail slot?

The game has ten regular pay symbols, five of which are high symbols represented by a cup, ax, crown, golden statue and a Quetzalcoatlus. The low symbols are the
card symbols A, K, Q, J and 10. The values can be viewed below.

I am a fan of the Beat the Beast slots. The only sad thing I find is that the gameplay is similar for all slots in the series. The great thing about this is that they can all pay out nicely. Quetzalcoatl’s Trail can give your stake up to 5555 ×. I also found the 5-level free spins feature very pleasant. The game also looks nice. Definitely recommended to play. I give a NOGP Rating of 4 stars.

How much can I win at most?

From how much can I play the game?

What is the payout percentage (RTP)?

Quetzalcoatl’s Trail has a standard RTP of 96.16%.

If you want to play the game, you can do so at our accredited Thunderkick Casinos. Below I have placed a top 10 of online casinos where you can play Beat the Beast: Quetzalcoatl’s Trail slot. My preference is Neon Vegas, Casino Planet, Slotnite Casino, Playluck Casino, Nitro Casino, Cookie Casino or Maneki Casino! If you prefer to play elsewhere, you can view the top 10 below.