Instant access to Earth is denied in ANY Studios Io slot. Go on an adventure and discover new boundaries in the solar system. Io is the fourth largest moon in planet Jupiter. Because of its appearance, this moon is also called “pizza moon” and is a “volcanic wonder” as the scientists say. The Io slot is an online slot machine with a gravity mechanism and can be played from June 2, 2020. In this article I will tell you everything about the Io slot. If you want to know more about the moon, I would like to refer you to the Wikipedia page.

How does the Io video slot work?

Like almost all ELK Studios slots, Io is also equipped with the Avalanche mechanism. Winning symbols, except Charged Wilds (I’ll tell you more about this later), are removed from the playing field and new symbols drop down. An additional row of symbols will also come into play, up to a maximum of 8 rows. For example, Io can get up to 262144 ways to win. With each new spin, the game starts on 5 reels, 4 rows and 4096 ways to win. A winning combination consists of three identical symbols from left to right from the first reel. The game can be played on any device from £/$/€0.20 to a maximum of £/$/€100 and an RTP of 96%. 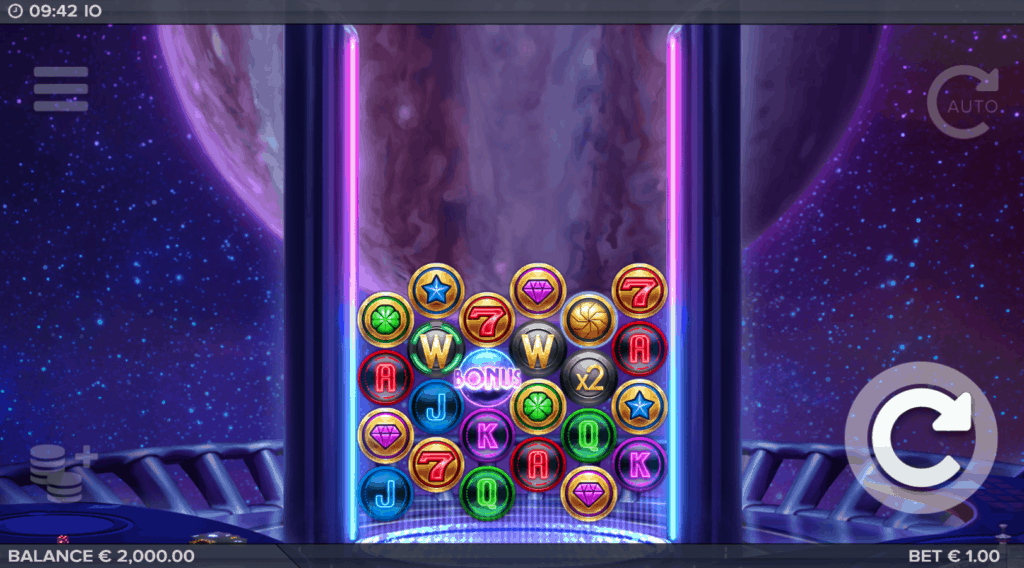 A screenshot of the IO slot

A Wild Forge fills an empty position below a self with a multiplier Wilds. This multiplier becomes higher every time the Wild Forge is used.

Laser symbols can also land. All symbols hit by the beam are destroyed. When the beams of two lasers touch, all symbols hit will turn into a Wild symbol. 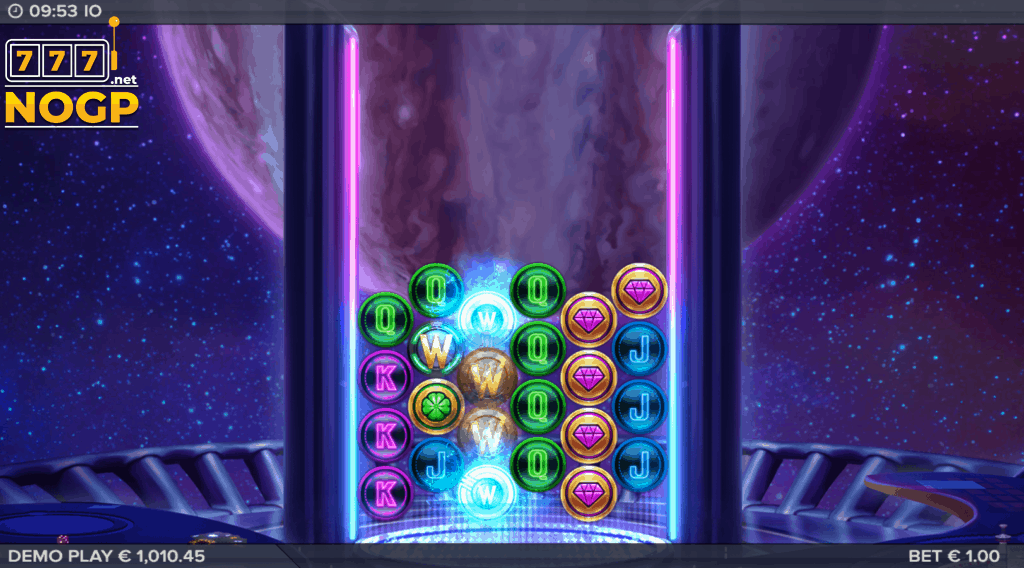 A screenshot where the Laser is activated.

The Bonus game feature of the Io slot can be activated by landing three bonus Scatter symbols. The player then receives 7 Free Drops. During the feature, the maximum playing field is 8 rows and 262144 ways to win, and Charged Wilds and Wild Forge symbols are kept at the bottom of the playing field.

Symbols and symbol value of the Io slot.

Io has eight regular payment symbols, four of which are high symbols, represented by a Lucky 7, Diamond, clover and star. The low symbols are represented by A, K, Q and J. The values can be seen below.

I am getting less and less interested in the games of ELK Studios. Besides a different theme, there is nothing new, unique or creative in the games. The symbols have a different appearance and the so-called “Wild Forge” and “Charged Wilds” I have seen before in the ELK games. There is a bet of up to £/$/€100, and you can win up to 5000x your bet. That’s the only thing that is nice about the Io slot. I give a NOGP Rating of 2.7 out of 5 stars.

Where can I play the Io slot?

The game can be played at all our accredited ELK Studios Casinos. For example, try top casinos like Cookie Casino, Nitro Casino, GoSlotty Casino, Maneki Casino or Justspin Casino.

What is the maximum amount I can win?

Although the odds are very small, you can win up to 5000 times the stake.

When can the game be played?

Io was released on June 2, 2020 and can be played from that moment at all our accredited ELK Studios Casinos.

If you want to play the Io slot you can do this at all accredited ELK Studios Casinos. That is why I have placed a top 10 below with online casinos where you can play the game. The top 10 is based on NOGP’s CasinoRank.