We may not need to tell you that the mythical creature from Irish folklore is a well-known theme in the iGaming Industry. Red Tiger has also developed another video slot based on the creature often described as Gnome. Then not necessarily the being itself, but the magical powers that those beings have. In this article we tell you everything about Red Tiger’s Leprechaun’s Magic slot that can be played from March 5, 2020 at our accredited Red Tiger Casinos.

How does the Leprachaun’s Magic video slot work?

Leprechaun’s Magic is played on a five-reel, three-row, and 10-payline playing field. The game can be played on any device from £/$/€0.20 to a maximum of £/$/€10 per spin and an RTP of 95.95%. The simple is assisted by two magical features: the Magic Spins feature and the Expanding Symbol feature. A winning combination consists of two identical high symbols or three identical low symbols from left to right on a payline. Unless it is an Expanding Golden symbol, it doesn’t matter where the symbol is. We will tell you more about this later. 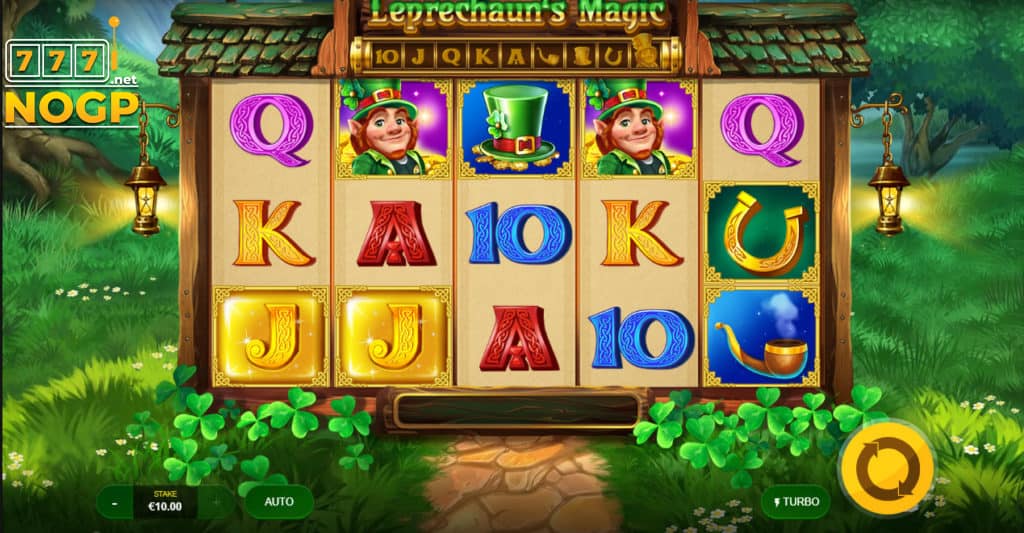 This feature is best compared to the feature in Play’n GO’s Book-slots. At the top of the playing field of the Leprechaun’s Magic slot you will see all regular symbols in a bar. When there is a winning combination, the corresponding symbol in the bar will light up and change into an Expanding Golden symbol for the next spin. As soon as the symbol lands, it will expand over the entire reel. To form a winning combination, the symbol does not have to be on a payline from left to right. For example, if the symbol covers reels 2, 4 and 5, it will pay out as three-of-a-kind. 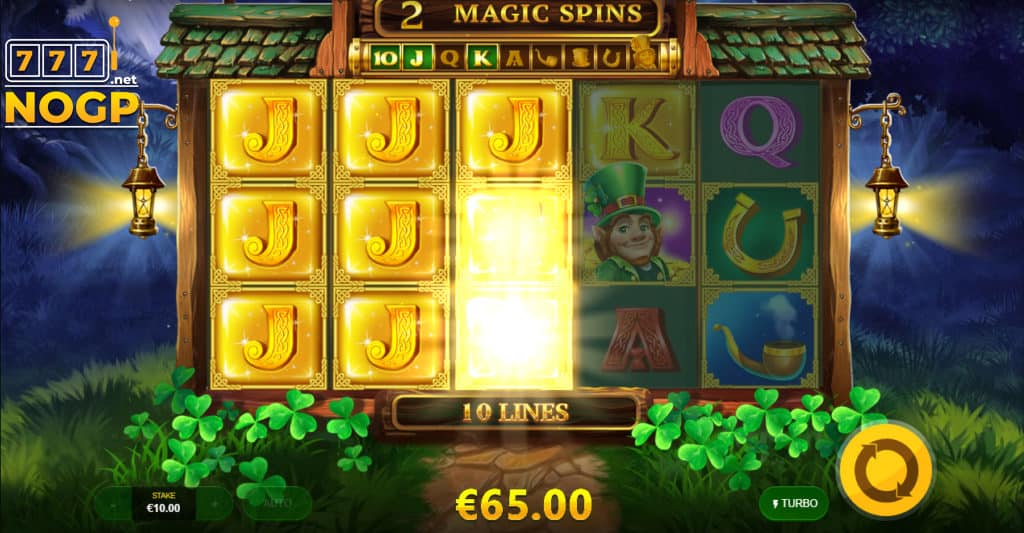 The Magic Spins feature is the free spins feature of the Leprechaun’s Magic slot and can be activated by landing three or more Scatter symbols. Before the Magic Spin feature actually starts, the player gets one spin on the Magic Wheel. This wheel determines how many spins the player gets. The wheel can give up to 16 free spins. When four or five Scatter symbols land, this gives 4 to 8 extra spins on top of the spins that the wheel gives. During the free spins, the symbols that change to a Golden symbol will remain that entire feature. 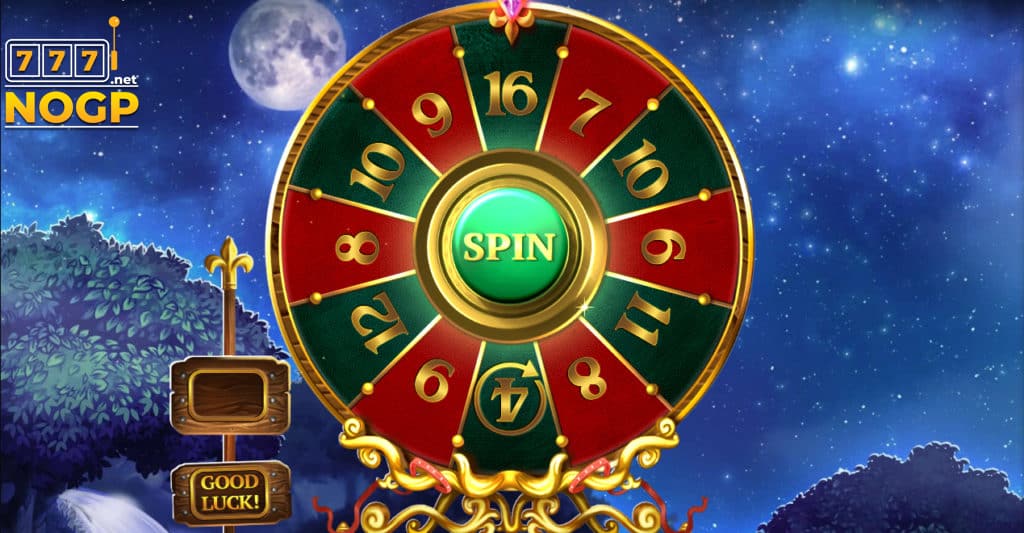 The Magic Wheel before activating the Free Spins feature.

Symbols and Symbol Value of the Leprechaun’s Magic Video Slot.

Red Tiger’s Leprechaun Magic slot has nine regular symbols, four of which are high symbols represented by a Leprechaun, horseshoe, leprechaun hat and pipe. The low symbols are represented by the map symbols A, K, Q, J and 10. The values of the symbols can be seen in the table below.

If you are a big fan of slots like Legacy of Dead, Rise of Dead, Rise of Merlin or Tome of Madness slot then you will also enjoy Red Tiger’s Leprechaun’s Magic slot. Even if you don’t know the aforementioned games, Leprechaun’s Magic is definitely worth playing. The game has an old school design and beautiful features that can give a nice amount of money (up to 5000 × the bet). We must admit, the Expanding Golden symbols make the game. This Red Tiger slot gets 4.1 out of 5 stars.

If you want to play the Leprechaun’s Magic slot machine you can do this at our accredited Red Tiger Casinos. Below you will find our top 10 online casinos where you can play the games of this software provider. If you want to play Red Tiger slots, we prefer top casinos such as N1 Casino, Bob Casino, Wixstars Casino, Spinia Casino, Simple Casino, CasinoChan, Spin Station Casino, Casimba, Casoola Casino or Nitro Casino. If you prefer to gamble somewhere else, you can view the list below.