It has been about a year since we have reviewed another Microgaming slot. This is because we find Microgaming increasingly worse in developing good slots. However, the software provider now comes with a sequel to their Mega Moolah slot released in 2006. This slot machine is best known for the millions of jackpots that players win every year. The game has paid out more than £/$/€1 trillion in jackpots since its launch.

On February 25, 2020, Microgaming will launch a sequel, namely the Atlantean Treasures: Mega Moolah slot. This time the game is not set in the African wilderness, but deep in the sea where you will look for the valuable treasures of the sunken city of Atlantis. In this article we tell you everything about the new progressive jackpot slot from Microgaming: Atlantean Treasure: Mega Moolah.

The game is played on a playing field of five reels, three rows and 10 fixed winlines. The game uses the “Win-both-ways” mechanism. This means that there is a winning combination from three identical symbols from left to right and from right to left on a payline. Atlantean Treasure: Mega Moolah can be played on any device from £/$/€0.10 to £/$/€200 per spin and has an RTP of 92.08%. It seems a low percentage but is fairly standard for a progressive jackpot slot. We will tell you below how you can win the millions jackpot. There is also an Expanding Wilds feature and Respin feature. 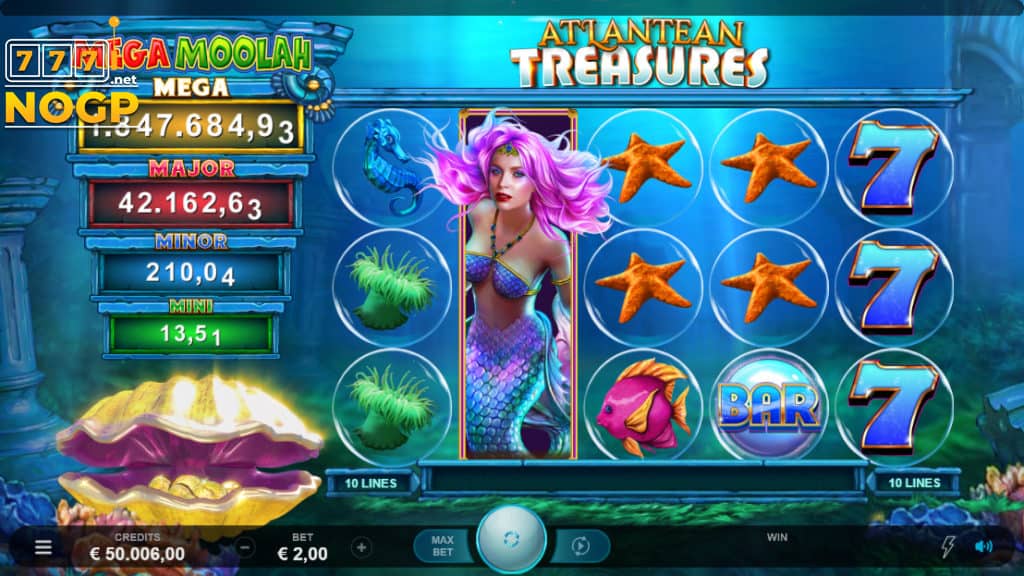 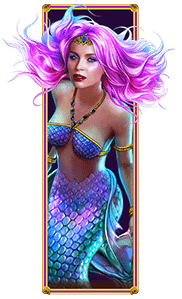 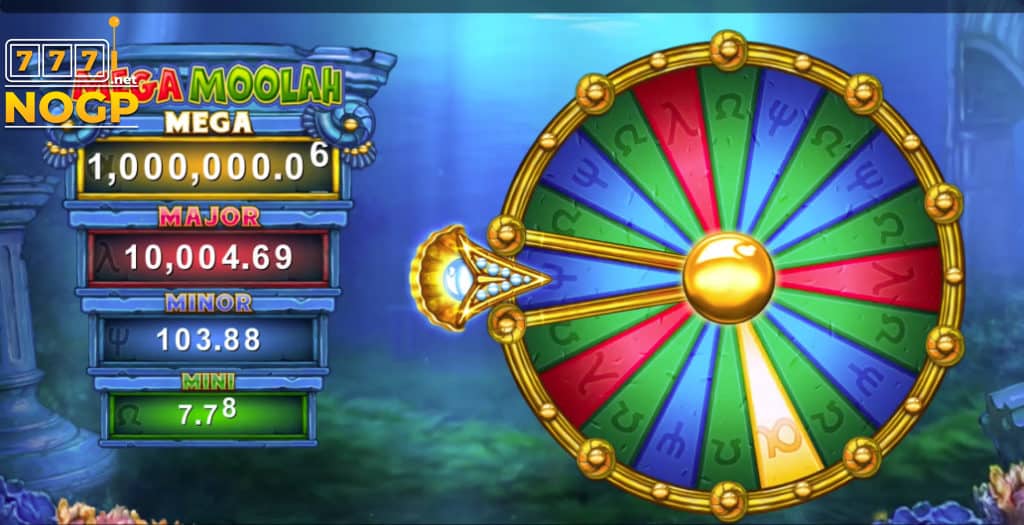 The wheel with which the jackpots can be won.

The jackpot is displayed in pounds by default but will be converted to the currency you are playing with.

In addition to the Wild symbol, Microgaming’s Atlantean Treasures: Mega Moolah has seven regular symbols, five of which are low symbols represented by a starfish, anemone, sea horse, purple fish and pink fish. There are only two high symbols: the BAR symbol and blue 7s. You can view the values of the symbols in the table below.

We have no doubt that this slot machine will become just as popular as the Mega Moolah slot, perhaps even more popular. Atlantean Treasures: Mega Moolah has better graphics and is available on mobile and tablet. The betting range has also been considerably increased. You can now choose a bet from £/$/€0.10 to £/$/€200. You could bet a maximum of £/$/€6.25 in the predecessor. The basic game has also been made more exciting by adding Expanding Wilds and a Respin feature. Atlantean Treasure: Mega Moolah gets a NOGP rating of 4.2 out of 5 stars.

If you want to play the Atlantean Treasure: Mega Moolah slot machine then this is not possible at every Microgaming Casino. A casino has to conclude a separate contract for this. Our top 10 below is based on all of our Microgaming Casinos. We cannot say with 100% certainty that the game can be played here. Of course we have already selected a number of casinos where you can play the game. For example, you can go to Betsson Casino, LeoVegas Casino, Casumo Casino, Yeti Casino, No Bonus Casino, CasinoCasino, or Yako Casino.