Octoberfest is the largest beer festival in the world. Red Tiger will release a video slot on December 12, 2019 based on this German folk festival. Are you ready to celebrate life with Red Tiger and let the beer flow? In Lucky Octoberfest, Hans and Helga show their drinking skills and these will help you achieve great profits. Let the party begin in Red Tiger’s Lucky Octoberfest slot.

How does the Lucky Octoberfest video slot work?

Lucky Octoberfest is played on a playing field of five reels, three rows and ten fixed paylines. A winning combination is from three identical symbols from left to right on a payline. Only the Bavarian coat of arms has a combination of two identical symbols from left to right. The game can be played on any device from £/$/€0.10 to a maximum of £/$/€20 per spin and has an RTP of 95.76%. Of course Lucky Octoberfest has a number of features including a Bier Reels feature. When two Beer Mug symbols land (on reels 1 and 5), they will toast after which an arbitrary number of reels full of beer will flow. All symbols that have been trapped with beer will change to the same symbol. There is also a Free Spins feature in which Hans and Helga play an important role. We will explain what this is exactly below. 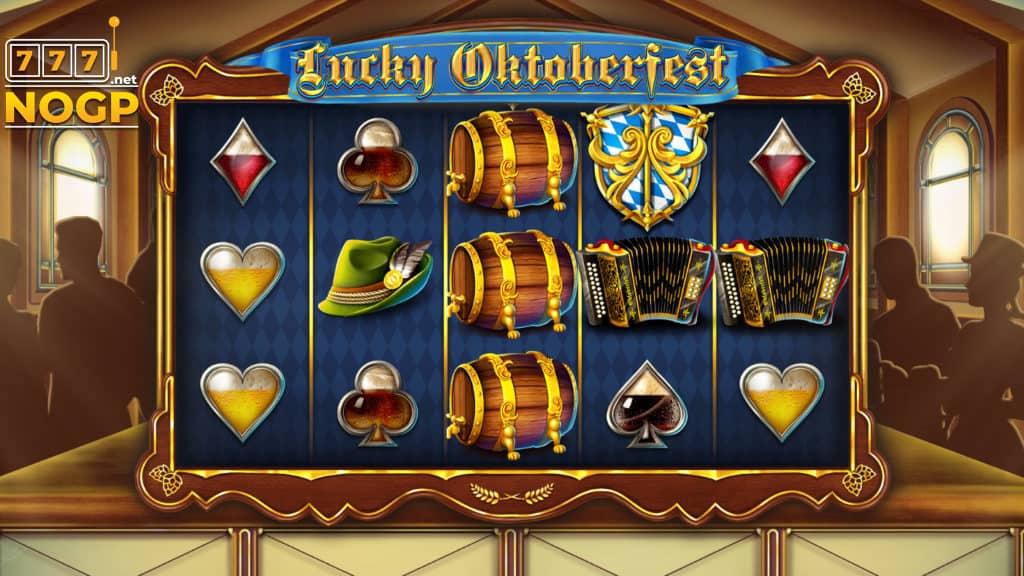 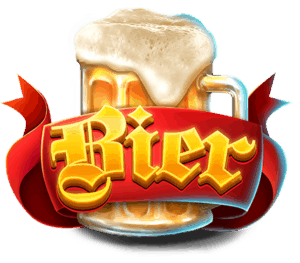 As soon as a Scatter symbol lands on reels one, three and five, the Free spins feature of Lucky Octoberfest is activated. When fewer than three Scatter symbols land, the symbols for the next spin are locked. This gives you a second chance to activate the feature. Hans and Helga also play an important role: 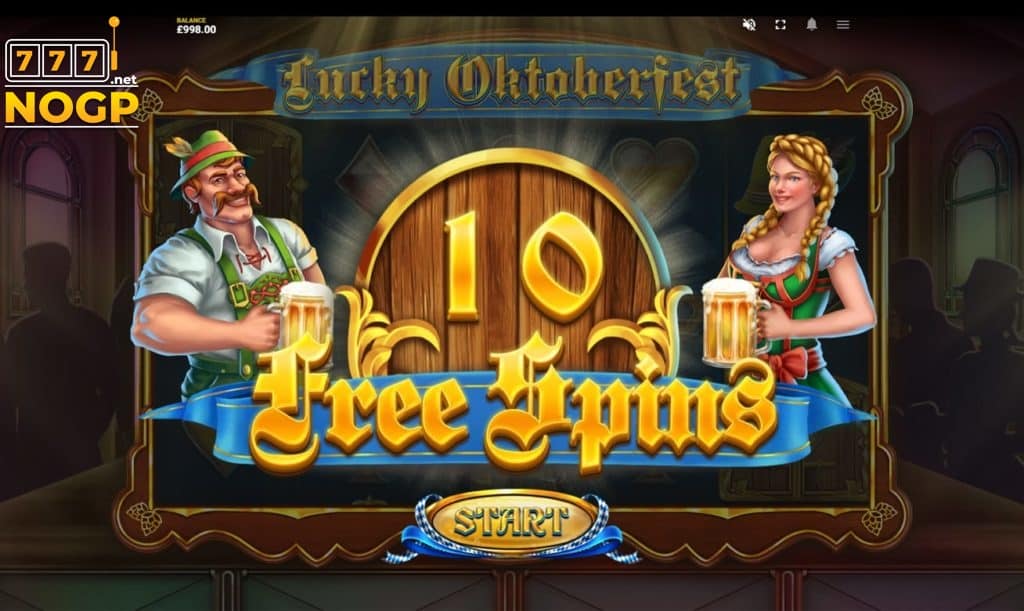 A screenshot showing the start of the Free spins feature.

Symbols and symbol value of the Lucky Octoberfest slot.

Lucky Octoberfest has no Wild symbol. So we have to do it with the Scatter symbol and nine regular symbols, five of which are high symbols represented by Bavarian coats of arms, beer barrels, accordion, Bavarian hat and pretzels. The four low symbols are represented by the spades, hearts, diamonds and clubs card symbols. You can see the values of the symbols in total in the table below.

If you like beer and Octoberfest then it is worthwhile to play this slot. The game has a bet range of £/$/€0.10 to £/$/€20. You cannot bet too high, but you can win up to 5490 times. As is almost always the case with the Red Tiger slot, this game also looks great again graphically. Only the RTP is a bit on the low side. We give the game 3.6 out of 5 stars.

You can play the game at licensed online casinos with Red Tiger software. That is why we have placed our top 10 with accredited Red Tiger Casinos below. If you want to play Red Tiger slots, we recommend that you do so at Kassu Casino, Sugar Casino, Wildz Casino, Nomini Casino, All Right Casino, Simple Casino or Casumo Casino. If you prefer to play somewhere else, you can view our top 10 below.