It has been a while since we have reviewed a Push Gaming slot and that is mainly because this software provider is releasing few slots. Push Gaming’s last released slot is Razor Shark and despite the fact that it was announced several times that the game would be released, we were able to wait months for this. Still, Push Gaming has launched a new game before the end of 2019, namely the Joker Troupe slot. According to Push Gaming itself it is no ordinary Joker game but a modern version of the classic Joker game with surprising twists and unique features. Joker Troupe can be played from November 25, 2019 and we are curious to see if Push Gaming’s words are true.

How does the Joker Troupe video slot work?

The game is started with four reels, three rows and 10 paylines. The playing field can expand to a maximum of four reels and ten rows. Joker Troupe can be played on any device from £/$/€0.20 to a maximum of £/$/€200 per spin and has various features such as the Blue Joker feature, Green Joker Wheel and Red Joker Free Spins. We will explain below how the features are activated and what they do exactly. The Joker Troupe slot has an RTP of 96.68%. 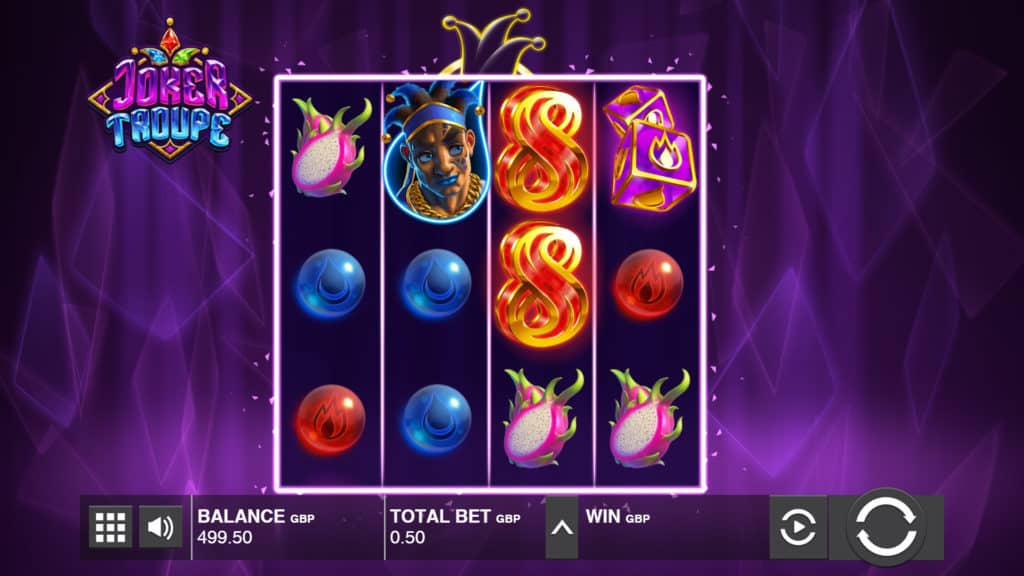 A screenshot of the basic game of Push Gaming’s Joker Troupe video slot. 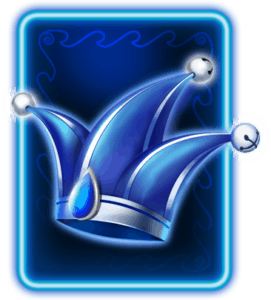 The Blue Joker feature starts as soon as three blue Joker hats land. The feature starts on a 4×3 playing field and the symbols that have activated the feature will be locked. The player starts with 3 respins and a 1x multiplier. If a blue hat or red joker lands now, the respins are reset to 3. For every three blue hats or red jokers, an additional row is added to the playing field, up to a maximum of 10 rows. The multiplier will also be increased to 2x, 3x, 5x, 10x, 15x and then 25x. When the respins run out, all winnings are collected and multiplied by the multiplier that is currently active. If there are three red jokers in the playing field, the Red Joker Free Spins will be activated at the end of the feature.

We have already written above how to activate the Free Spins feature of the Joker Troupe slot machine. Instead of receiving a number of free spins, you will get 20 seconds of free spins here. Extra time can be gained by collecting Red Joker symbols. As soon as the meter at the top of the playing field is full, you get 10 seconds extra. Once the meter is full, extra Lucky 8 symbols are also added to the reels. The reels will also spin faster and faster. The feature ends. 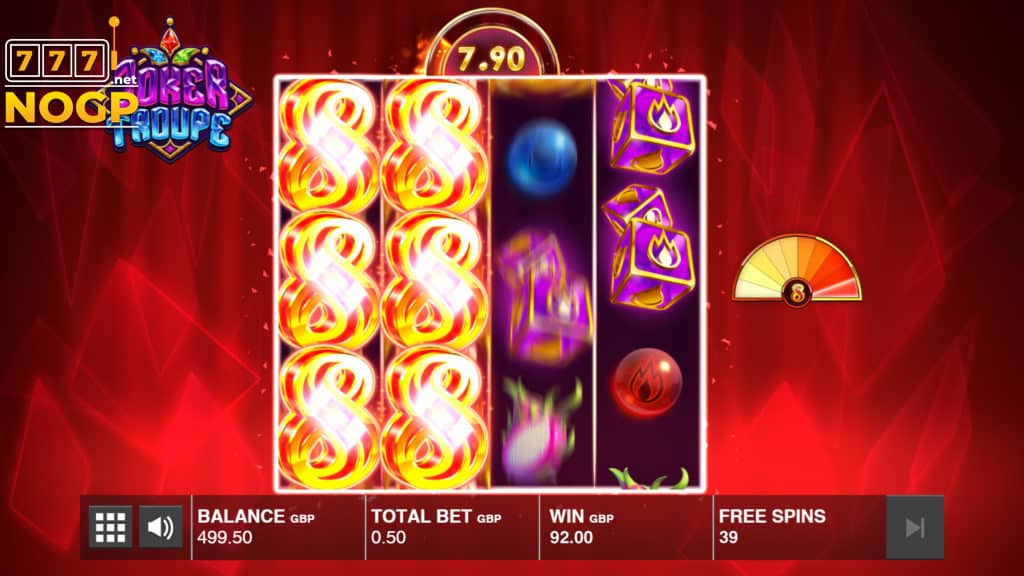 A screenshot where the Red Joker Free spins feature is activated.

Symbols and symbol values of the Joker Troupe slot.

Push Gaming’s Joker Troupe video slot has six regular symbols. These are from high to low: red and blue spheres followed by a star fruit, dragon fruit, dice and then the Lucky 8 symbol. You can view the values of the symbols in the table below.

Joker Troupe is the best online slot from Push Gaming. The surprising twists and unique features that we discussed during the introduction are certainly reflected in the game. If you are looking for a unique video slot then Joker Troupe is definitely recommended. We give the game 4.7 out of 5 stars.

If you want to play Push Gaming’s Joker Troupe slot, we recommend that you do so at our licensed Push Gaming Casinos. That is why we have placed our top 10 below. Our preference is for casinos such as Maneki Casino, Justspin Casino, CampeonUK Casino, No Account Casino, Simple Casino, Pronto Casino or Loyal Casino. If you prefer to gamble somewhere else, you can view our top 10 below.