The Legend of Shangri-La: Cluster Pays slot has been developed by NetEnt. The game can be played from 22 September 2017. Everything takes place in the Shangri-La earthly paradise, which is located in the Kunlun Mountains. Shangri-La is known as mystical harmonious valley. In this article we tell you everything about The Legend of Shangri-La: Cluster Pays slot. If you do not feel like reading our slot review, you can find our top 10 accredited NetEnt Casinos at the bottom of this article.

How does the Shangri-La slot work?

The game is played on a 6×5 playing field. No paylines are used. Instead, a winning combination arises through the so-called clusters. These are a group of identical symbols that must be connected horizontally and vertically. A winning combination is there as soon as nine or more identical symbols are connected. The Legend of Shangri-La slot is not the first NetEnt slot with the cluster mechanism. The Aloha! Cluster Pays slot is the forerunner of the Shangri-La slot machine. After Shangri-La is released, NetEnt has launched the Berryburst slot. This video slot also works with Cluster Pays. The Legend of Shangri-La slot is also available in the Touch® version, making it possible to play on any device from a minimum of £/$/€ 0.10 and a maximum of £/$/€ 400 per spin. In addition, there are several features available such as the free spins feature, Sticky Re-spin feature, Nudge Reel feature and the Random Substitution symbol. The payout percentage is also 96.59% 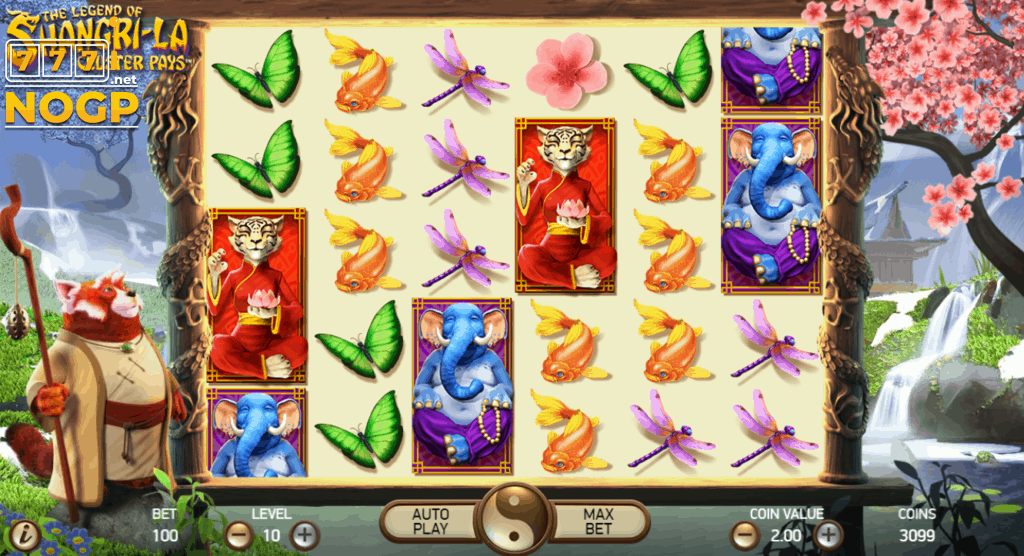 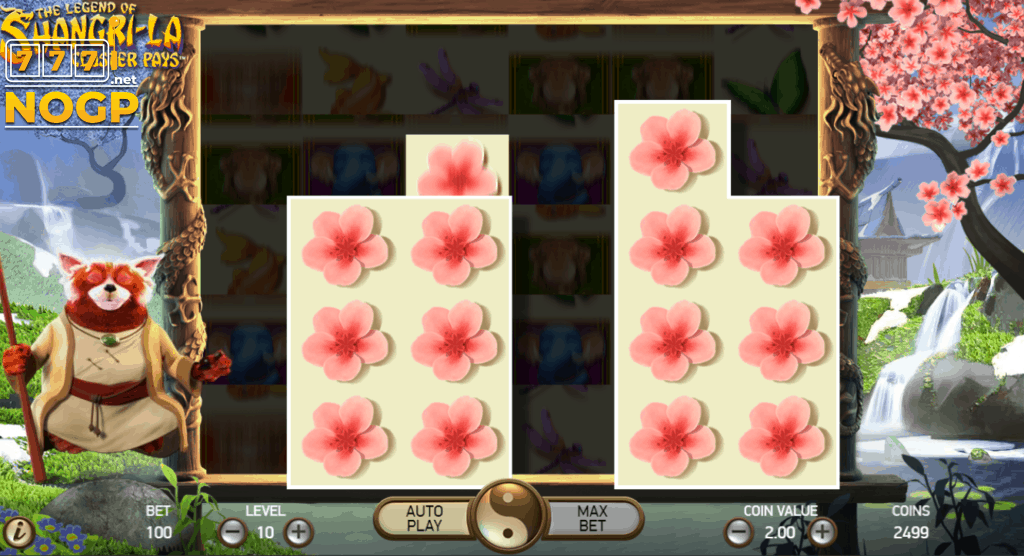 A screenshot where the Sticky-Respin feature is active. 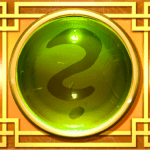 The Legend of Shangri-La also has a Random Substitution symbol. These will only be activated once the player has two clusters with the same symbol. At least one replacement symbol is added to the playing field next to the clusters already in the playing field. The symbols will continue to appear until there is a winning combination. 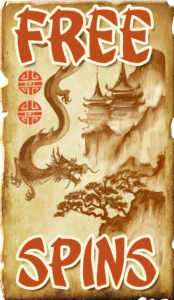 The scatter symbol of the Shangri-La video slot

Symbols and symbol value of the Shangri-La video slot.

In addition to the Substitution symbol and the scatter symbol, this NetEnt slot machine also has seven regular symbols, three of which are Guru symbols, which usually appear as a double symbol on the reels. These are three spiritual guides in the form of a leopard, elephant and monkey. The four remaining symbols consist of a flower, butterfly, dragonfly and a fish. The values of the symbols can be viewed below.

Our Legend of Shangri-La slot review.

Our expectations were relatively high at the Shangri-La video slot but everything is against our expectations and it is a disappointment when we compare it with our expectations. We had expected more interaction with the Gurus and the fat Fox – which is next to the playing field -. Unfortunately, very little happened and we were tired of this Cluster video slot. There is a lot to be gained, up to 10,000 times the stake. We give the Shangri-La slot 3 out of 5 stars.

The Legend of Shangri-La: Cluster Pays slot can be played at almost every NetEnt Casino and therefore you will find our top 10 accredited below. Of course we also have a preference that we would like to share with you. For example, we recommend playing this NetEnt slot at Casumo Casino, Omni Slots, Mr Play or LeoVegas Casino. These casinos are easily accessible via mobile and tablet and new players can enjoy an exclusive welcome bonus.