We are a little late with the review of the Golden Colts video slot of Play’n GO and this is due to the fact that this slot machine was previously only playable at Mr Green Casino. Since February 26, 2019, the Golden Colt slot machine can be played at every Play’n GO Casino and in this article we tell you all about the features and mechanics of this Play’n GO slot that also correspond to the Wild North slot. Still, the team did not sit still because apart from the same features and mechanics, nothing really matches. If we did not know better, we would think it’s a completely new video slot. If you do not feel like reading our slot review, you can also scroll down all the way to view our top accredited Play’n GO Casinos.

How does the Golden Colts video slot work?

The Golden Colts slot has a playing field of five reels, three rows and has 40 fixed paylines. In addition, the game is responsive so that it can be played on any device from £/$/€ 0.20 to a maximum of £/$/€ 100 per spin. As we have written in the introduction of our Golden Colts slot review, we have already seen the Bonus Game feature with seven mini features before but we will explain this in its entirety once again. The payout percentage is a mere 96.5%. 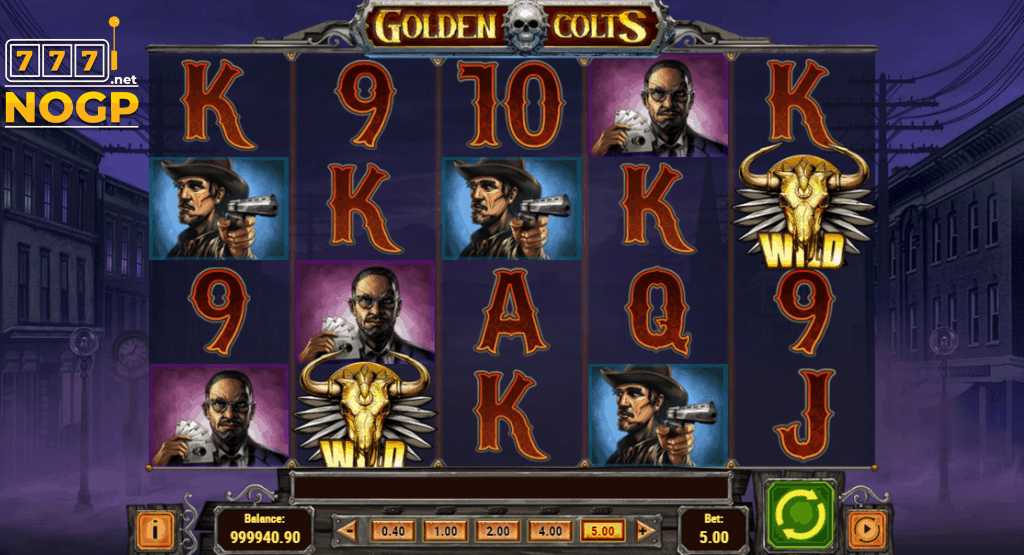 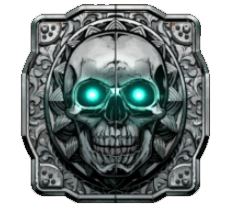 The scatter symbol to activate the Bonus Game feature

With the Golden Colts Bonus Game feature, seven different features are available. The Bonus game can be started by landing a Bonus symbol on reels one, three and five. When this succeeds, the player – not weird with a Wild West theme – gets to see a seven cylinder of a revolver with the seven features that can be activated: 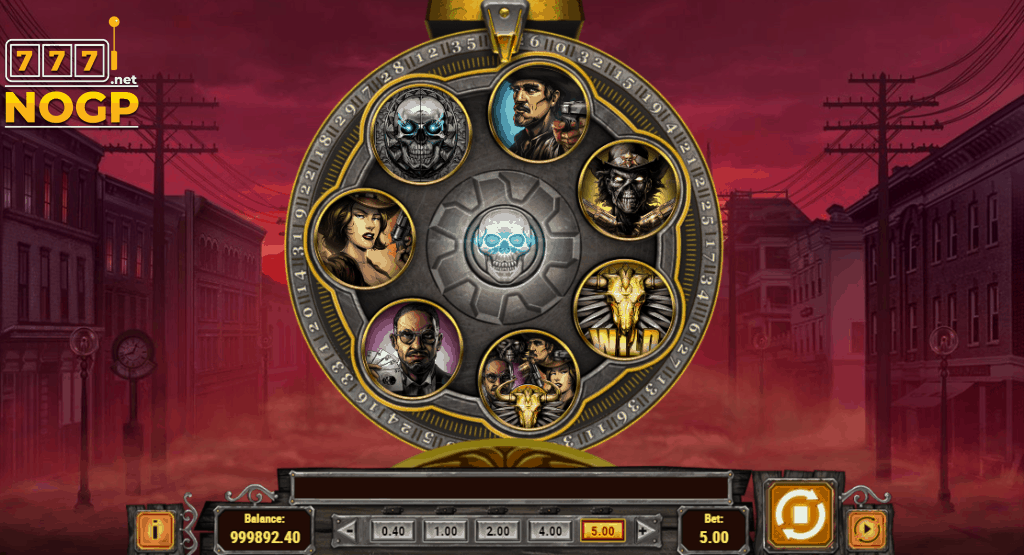 A screenshot of the cylinder where a mini feature is activated

Symbols and symbol value of the Golden Colts slot machine.

We have already mentioned a number of symbols before. Besides the Wild and Bonus symbol, this Play’n GO slot machine has ten regular symbols, four of which are symbols of a girl, a gambler, a sheriff and the dark sheriff. The six low symbols consist of A, K, Q, J, 10 and 9. The values of the symbols can be seen in the table below.

The Wild symbol (counts for every other symbol except the scatter)

It looks like this slot has a lot to offer but unfortunately we have to disappoint you. We had quite little effort and pleasure in playing this Play’n GO slot. This is partly due to the fact that Play’n GO copies its own games. Because of this they got a big minus from us. Once again playing at the Golden Colts slot machine is out of the question and we hope that they will repair the minus with the next slot release (Cash Vandal slot). The Golden Colts slot gets 2.5 out of 5 stars due to lack of exciting and unique features.