It has been an eternity since we have reviewed a Playtech video slot. The last slot that we have reviewed is the Suicide Squad slot. However, Playtech is now taking the theme completely different. The Bombs video slot has a pirate theme. This is a popular theme in the iGaming Industry and we are very curious how Playtech will compete against all other pirate slots. In this article we explain everything about the Bombs video slot from Playtech that can be played at every Playtech Casino from 28 March 2019. If you do not want to read our slot review, you can scroll directly to view our top accredited Playtech Casinos.

How does the Bombs video slot work?

The game is played on a 5×7 playing field and has 20 paylines. The video slot takes place partly under water and partly above water. The symbols float under water and above water there are a maximum of two ships. The player can choose how many ships to play with. This is also called Extra Ship feature in the Bombs video slot. The advantage of this is that the player with an extra ship can benefit from extra bombs which will result in more explosions and more profit. This is called the Bonus Bomb feature and we will tell you everything about it later. The Bombs slot machine can be played on any device from £/$/€ 0.50 and a maximum of £/$/€ 500 per spin. Unfortunately, the payout percentage is not known. 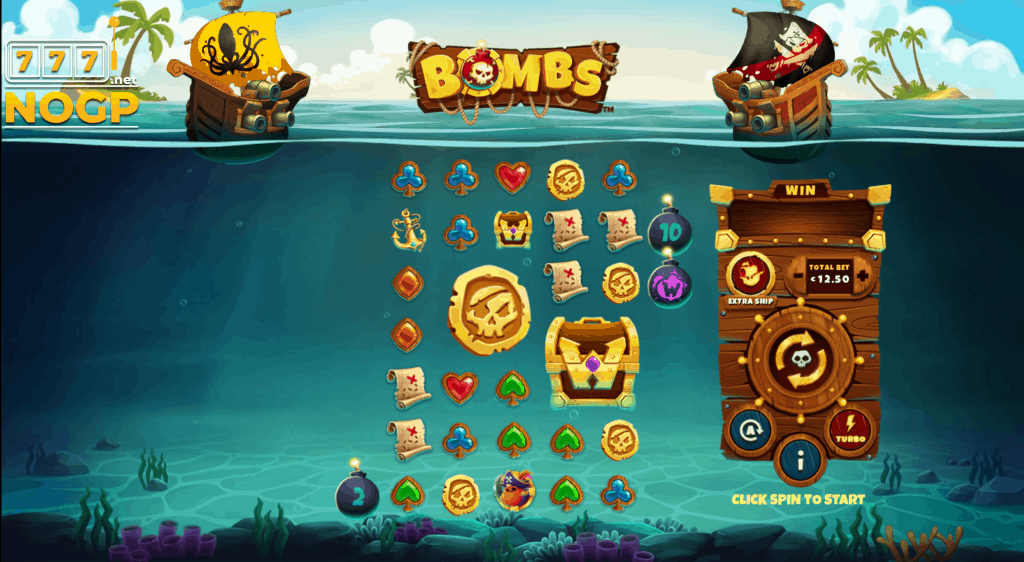 A screenshot of the Bombs video slot from Playtech

The wild symbol of the Bombs slot

A pirate ship – which you see above the water – can fire a bomb towards the reels at any random turn. When a Scatter symbol lands on the same horizontal or vertical line as the bomb, the player wins one of the following prizes:

The Boombastic Free Games feature is the free spins feature of the Bombs slot and can only be activated when a Free Games Bomb lands on the same line as the Scatter symbol. The player then receives 10 free spins with more bombs being fired. You can also win up to 70 free spins. 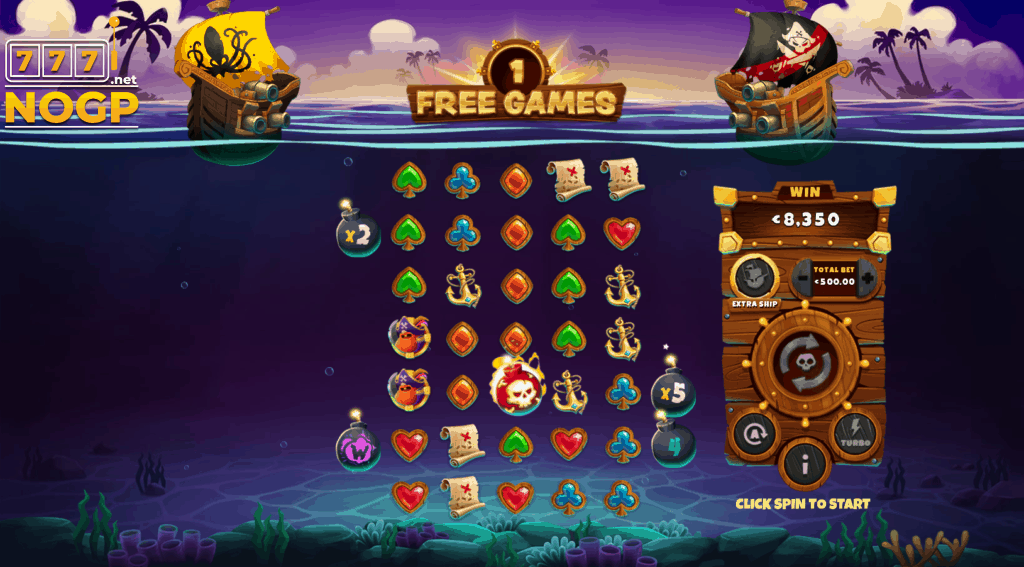 Symbols and symbol value of the Bombs video slot.

In addition to the various bombs, Wild symbol and Scatter symbol, the Bombs slot game has eight regular symbols, four of which are high symbols consisting of a captain, anchor, treasure map and a gold coin. The four low symbols consist of spades, hearts, clubs and diamonds. The values of the symbols can be viewed below.

If you are looking for an online video slot that is unique and looks graphically good then you should play the Bombs video slot. Playtech has managed to develop a unique Bomb feature that fits very well with the pirate theme. In addition, you can win up to 4000 times the stake per spin. This with the multiplier of 10 times. We also found the Bombs slot entertaining and gets 4.4 out of 5 stars from us.

If you want to play the Bombs slot from Playtech you can do this at one of our accredited Playtech Casinos. That is why you will find our top accredited online casinos with Playtech software below. Our preference for this goes to Mr Play and LeoVegas Casino. New players can enjoy an exclusive welcome bonus here when they register via NOGP.net. Prefer to gamble somewhere else? Then view the list below.